<p>In November 2011 the German City of Wuerzburg and the Tanzanian city of Mwanza signed a formal framework agreement for a climate partnership. Being one of the 50 so called Municipal Climate Partnerships, Wuerzburg and Mwanza aim to jointly tackle the effects of climate change.</p> <p>The partnership is centred on the implementation of socially friendly and economically efficient means of power production. Since the first assessment of the situation of the Tanzanian energy supply system in 2013, the use of solar energy has been recommended due to the high and steady solar insolation. This leaves Tanza...</p>

In the remote district of Kisarawe and Pwani region in Tanzania, at Kifuru Village a truly innovative project has been deployed. The project aim is to empower women while reducing greenhouse gas emissions and deforestation.

On the 18th of August, 2017 Kifuru women group known as Voice of Women Entrepreneurs at Kifuru (VOWEK) inaugurated their solar oven. Solar oven will be deployed for the local bakery. The project was funded by the Energy and Environment Partnership Program (EEP). While R20 is the international project manager and Rural Urban Development Initiatives (RUDI) of Tanzania served as project manager at the national level.

A solar oven has many advantages over their electrical or coal fired counterparts. In Tanzania only 32.8% of all households are electrified by any form of electricity [Tanzania Rural Energy Agency, Dec-2016]. In rural, remote areas the situation is worse. Additionally electrical ovens are relatively expensive to run, thus making the acquirement of an electrical oven for many an unfeasible option. Therefore, charcoal fired ovens are often the first choice. But these ovens have several disadvantages. The most obvious one being that they emit greenhouse gases and are therefore directly contributing to the climate change. Secondly the smoke from charcoal ovens can lead to diseases such as lung cancer.

<p>Tanzania Renewable Energy Association (TAREA) and Associazione Microfinanza E Svillupo Onlus-Italy with financial support from Waldensian Evangelica Church-Italy and Automous Province of Trento-Italy are implementing the projects <em>Allowing access to the sustainable energy to rural-low income communities in Malinyi, Tanzania</em> and <em>Enlight Education</em>.</p> <p>The main activities of the projects are: (1) Support the start up phase of a cooperative of solar technicians in the village of Malinyi (2) Provide financial education to Village Community Banks in the area of Malinyi (3) Set up and monitoring a micro ...</p>

Study on challenges to the solar minigrid developers 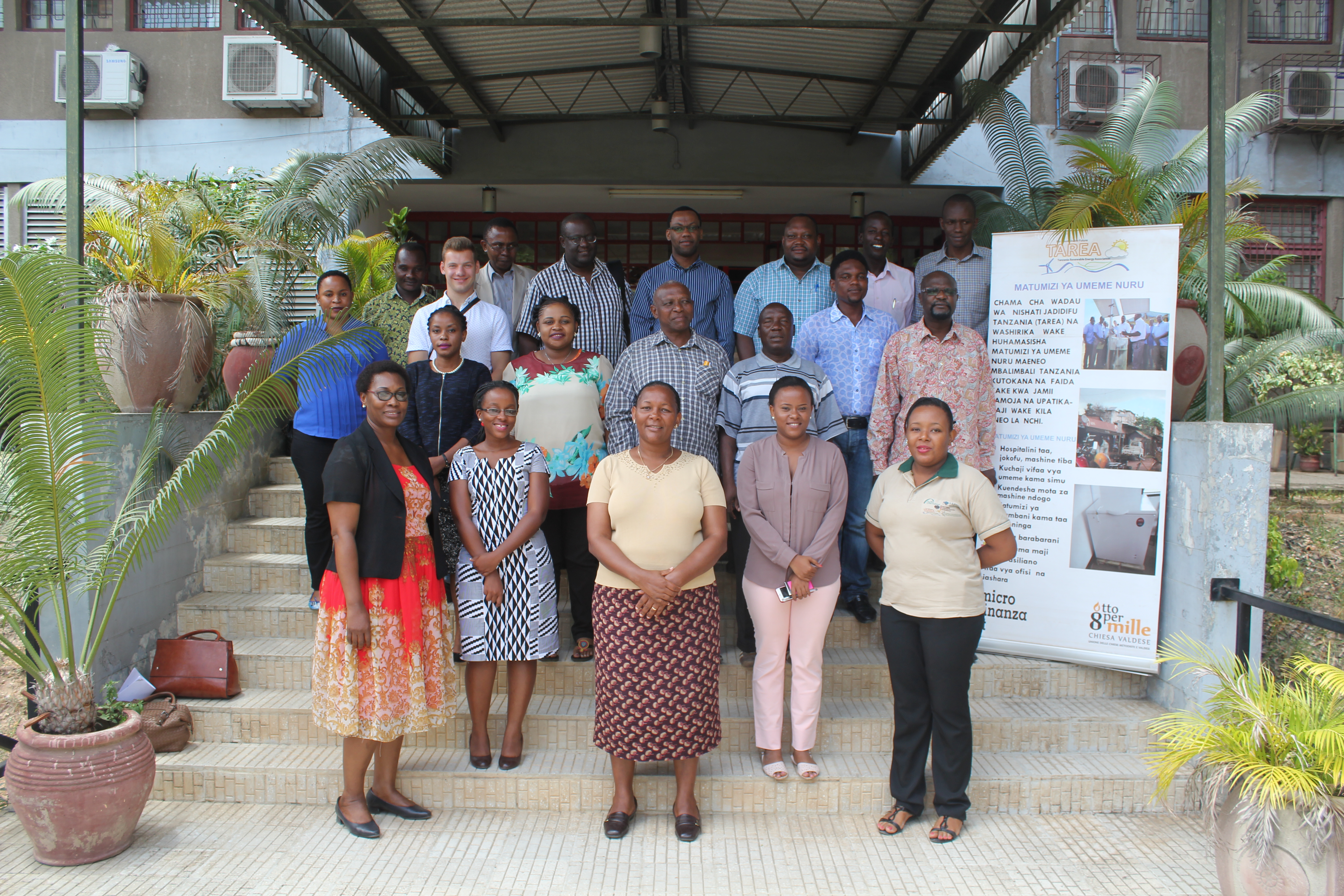 TAREA is conducting a study on the challenges facing solar mini grid developers.

On 20 January, 2017 TAREA has met with stakeholders, working with mini-grids, and representatives from the public sector to discuss a study on the effect of the EIA Audit Regulations of 2005 Part II on solar mini-grids, producing less than 1 MW, in Tanzania.

These regulations require Small Power Producers, projects creating less than 1 MW, to do an Environment Social Impact Assessment. TAREA, supported by BEST-Dialogue, is interested in studying the effects of this procedure and its impact on the solar mini-grids sector in Tanzania.

The workshop started with a unit on the current plans regarding the implementation of the study. This was followed by a round of questions and a discussion.

The study is on-going and results will be presented and discussed later on. The results will be used for advocating National Environment Management Council to exempt mini grids producing 1 MW or below from conducting an Environmental Impact Assessment.

Facilitated by SNV, the ICS Task force of Tanzania was created in 2011 and dissolved in the year 2015, with the Ministry of Energy and Minerals (MEM) as the Chair and the Tanzania Renewable Energy Association (TAREA) elected as the secretariat. The ICS Task force was initiated with the aim to increase coordination in the Improved Cook Stove (ICS) sector, for stakeholders to better understand and develop the sector through multi-stakeholder processes, while doing the necessary studies to come to a joint way forward for further ICS market development in the country. The following studies, links below were published by the ICS Task force: