TAREA through Commission for Science and Technology received a financial support from the Climate Technology Network (Denmark) that enabled training of 19 solar photovoltaic installers in the month of November, 2017.

The training was used to pilot training program that will be used for capacitating solar installers that will be able to undergo process of accreditation by Vocational Education and Vocational Training Authority.

Employers are encouraged to contact TAREA Secretariat for the recruitment of new manpower. 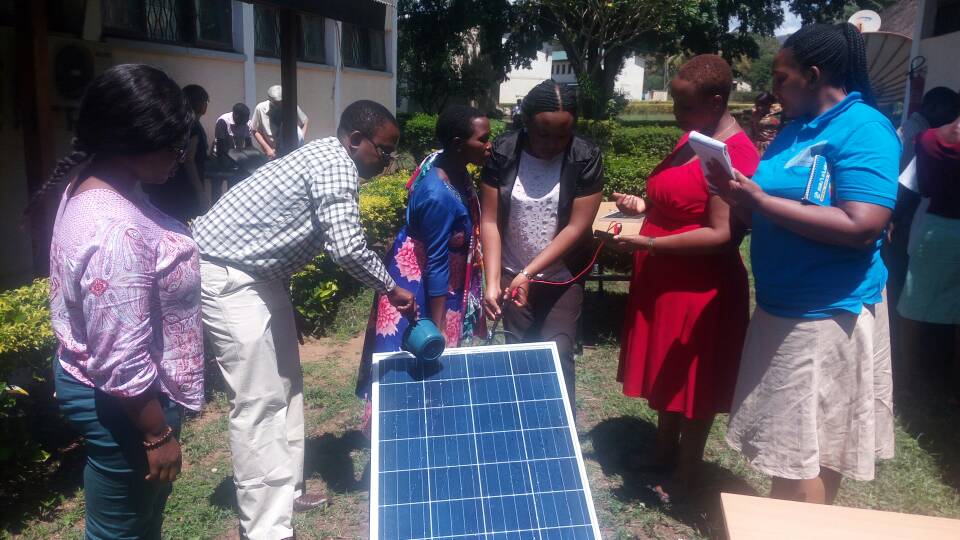 <p>From the 17th of October to the 19th of October the Climate Action Network, a network of NGOs dedicated to the fight against climate change, together with the German aid organization “Brot für die Welt” (Bread for the World) and the world Future Contact hosted a three-day seminar, which consisted of presentations by various experts in the field of renewable energies and group discussions. The topic of the conference was the aim of having 100% Renewable Energies in Tanzania in the next 30 to 40 years. The participants in the conference consisted out of stakeholders from the business sector, lik...</p>

<p>TAREA conducts National Renewable Energy Day once every year. In the year 2017 event was held in Kigoma in the duration of 13-14 October. The event aims at raising awareness to the public on the potentials and limitations of renewable energy technologies. The event focuses at the communities living in the off-grid areas to show cases of alternative sources of energy to the national grid and fossil cooking sources of energy. The event offers to the renewable energy stakeholders opportunities of information exchange with government officials and exhibiting renewable energy technologies. <img src="/storage/app/media/Blog/RC%20at%20TAREA-web.jpeg" alt="" /> The Tan...</p>

<p>In November 2011 the German City of Wuerzburg and the Tanzanian city of Mwanza signed a formal framework agreement for a climate partnership. Being one of the 50 so called Municipal Climate Partnerships, Wuerzburg and Mwanza aim to jointly tackle the effects of climate change.</p> <p>The partnership is centred on the implementation of socially friendly and economically efficient means of power production. Since the first assessment of the situation of the Tanzanian energy supply system in 2013, the use of solar energy has been recommended due to the high and steady solar insolation. This leaves Tanza...</p>

In the remote district of Kisarawe and Pwani region in Tanzania, at Kifuru Village a truly innovative project has been deployed. The project aim is to empower women while reducing greenhouse gas emissions and deforestation.

On the 18th of August, 2017 Kifuru women group known as Voice of Women Entrepreneurs at Kifuru (VOWEK) inaugurated their solar oven. Solar oven will be deployed for the local bakery. The project was funded by the Energy and Environment Partnership Program (EEP). While R20 is the international project manager and Rural Urban Development Initiatives (RUDI) of Tanzania served as project manager at the national level.

A solar oven has many advantages over their electrical or coal fired counterparts. In Tanzania only 32.8% of all households are electrified by any form of electricity [Tanzania Rural Energy Agency, Dec-2016]. In rural, remote areas the situation is worse. Additionally electrical ovens are relatively expensive to run, thus making the acquirement of an electrical oven for many an unfeasible option. Therefore, charcoal fired ovens are often the first choice. But these ovens have several disadvantages. The most obvious one being that they emit greenhouse gases and are therefore directly contributing to the climate change. Secondly the smoke from charcoal ovens can lead to diseases such as lung cancer.